Developing Uzbek-Turkish cooperation in the sphere of energy resources 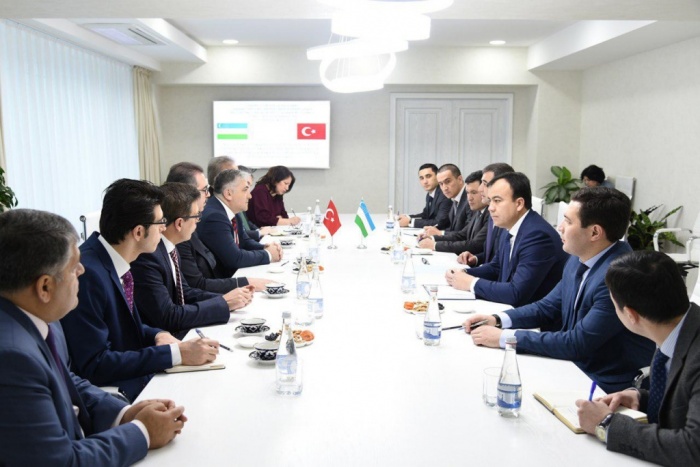 During the meeting there was discussed the progress in implementing previously reached agreements with a number of Turkish companies, as well as proposals to accelerate the progress of partnership projects in the energy sector, including the construction of power facilities, as well as geological prospecting and exploration.

In particular, Turkish companies are currently working on promising projects in Uzbekistan in such areas as construction of combined-cycle power plants, solar and wind power plants.

In addition, the issue of exploration and development of identified deposits of strategic-type minerals, in particular, tungsten and gold deposits in Navoi and Jizzakh regions is being studied.

On February 13, 2019, the parties signed an agreement on geological exploration and pilot production at the Sarytau, Khurob, and Aydim-Dzhetimuu areas, which are prospective sites for tungsten and gold deposits in Navoi and Jizzakh regions. The Turkish side made financial commitments to invest at least $1.5 mio in the first year.

The Turkish side positively assessed the implementation of the “road map” on mutually beneficial cooperation and an interest was expressed in further expanding cooperation. In particular, it was proposed to consider the possibility of Turkish oil and gas company TRAO participating in the projects of the oil and gas industry of Uzbekistan. Also, there was expressed willingness to provide all necessary assistance for the implementation of joint projects and active investment in Uzbekistan.