Investment strategy will be developed on each industry, sphere and region 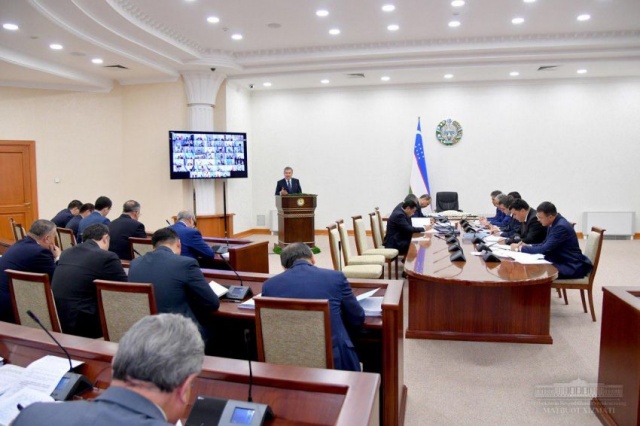 On August 14, a meeting dedicated to issues of attracting foreign direct investment to the economy of Uzbekistan was held under the chairmanship of the President of the Republic of Uzbekistan Shavkat Mirziyoyev.

It was attended by the Prime Minister and his deputies, state advisors to the President, heads of ministries and agencies, companies and associations, the Chairman of the Jokargy Kenes of the Republic of Karakalpakstan, khokims of the regions and the city of Tashkent, heads of diplomatic missions of Uzbekistan abroad.

In accordance with the resolution of the Head of the state, a list of 849 projects worth $64 billion with participation of foreign direct investment was formed last month. Of these, 456 projects are scheduled to be implemented in 2018, 125 in 2019, and 268 in subsequent years.

The President emphasized the need for attracting foreign direct investment in the amount of 5 billion 800 million dollars this year.