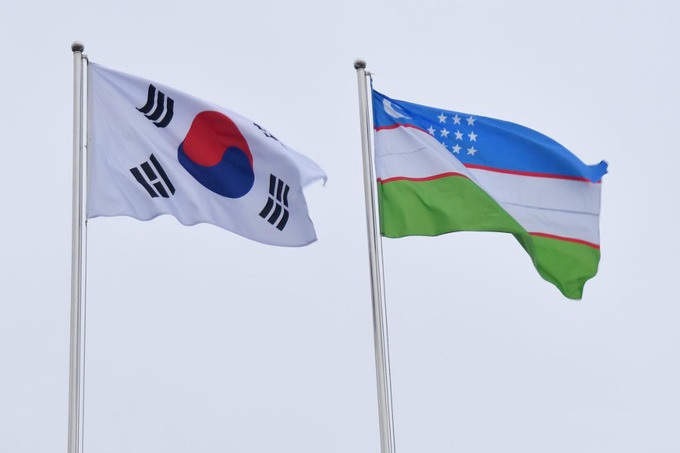 On February 12, a business dialogue was held with members of the delegation led by Deputy Prime Minister of the Republic of Korea, Minister of Strategy and Finance of this country Kim Dong-yeon, In Tashkent. Relations between the two countries rose to a qualitatively new level, after the state visit of President of Uzbekistan Shavkat Mirziyoyev to South Korea in November 2017.  The companies of this country are taking an active part in development of the economy of Uzbekistan. In recent years, new areas of partnership have been opened, a number of joint projects are being implemented in the oil and gas industry, energy, education, information technologies, engineering, chemical industry and others.  A video about the investment potential of Uzbekistan was demonstrated during the event. During the dialogue, the sides thoroughly discussed the prospects for expanding mutually beneficial trade and economic cooperation between our countries.  Leaders of leading South Korean companies noted that the incentives created for foreign investors in Uzbekistan cause them great interest in expanding relations with Uzbekistan.  The delegation of South Korea visited Inha University in Tashkent. Deputy Prime Minister, Minister of Strategy and Finance of the Republic of Korea Kim Dong-yeon gave a lecture on the history of friendly relations between people of the two countries, cooperation in the field of information technologies.