Uzbekistan – Belarus: towards new horizons of business and interregional cooperation 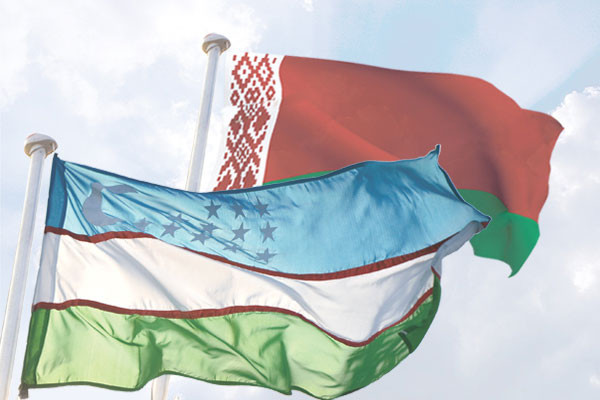 Within the framework of the official visit of the President of the Republic of Belarus Alexander Lukashenko, Uzbekistan – Belarus forum of business and interregional cooperation was held at Uzexpocentre, in Tashkent.

The forum was attended by more than 300 businessmen, heads of 38 large companies of Belarus. The event showed that both sides are equally interested in sustainable development of mutually beneficial partnership.

Issues of sharing experience on implementation of international standards, creation of an effective system of training personnel, using opportunities of the Intergovernmental Commission for development of bilateral relations were widely discussed at the forum. Such perspective directions of economic cooperation as agro-industry, creation of innovative parks, expansion of communications in the sphere of tourism, implementation of joint projects on pharmaceuticals were considered.

There are 6 enterprises in Belarus with participation of Uzbekistan’s entrepreneurs. In Uzbekistan, there are 30 enterprises with participation of Belarusian capital. For six months of 2018, the trade turnover amounted to 229.5 million USD. This is almost four times more than in the same period last year.
At the event, cooperation agreements in trade-economic, scientific-technical, socio-humanitarian spheres, on interregional cooperation, export and import, production of tourism, textile, knitwear, leather goods and services were signed.
B2B meeting was held within the framework of the forum. Issues of development of joint programs aimed at expanding cooperation, implementing promising projects in the oil and gas, mining, metallurgy, construction and agriculture, food and tourism spheres were discussed. Implementation of programs on modernizing the economy, organization of high-tech joint ventures was considered.
Following the negotiations, agreements were signed for implementation of 17 joint investment projects, as well as over 80 contracts.